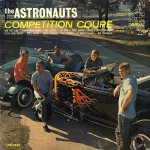 #24
By Calum Brown
Arguably the most distinguished hot rod of all time, Tom McMullen’s 1932 Roadster has materialized through every form of media outlet on the planet. From magazine covers to prominent TV advertisements and occasional movie roles, amid a flurry of album covers and online features, this hot rod is the ultimate genesis model.

Flamed, chopped and dropped, McMullen’s Ford Roadster pioneered 1960s hot rod culture. According to hot rod historian Ken Gross, 'this car was, and is, a killer ride. In hot rod parlance, we’d call it bitchin’. If you’re looking for an iconic, award-winning, absolutely timeless ’32 Ford roadster, look no further: there’s only one original Tom McMullen roadster that rocked the country in 1963, and this is it.’

Setting the scene for all to follow, McMullen’s creation opened the cultural floodgates and currently stands firm as rightful automotive royalty. Now, through Mecum Auctions, the most prominent Hot Rod of them all could be your new set of wheels. Heading under the hammer on January 12 during Kissimmee auction week, Tom McMullen’s original ’32 Roadster boasts an estimate of $750,000 - $1,000,000.

Enthusiastically drag raced on sanctioned strips, illegally raced on the streets and run in official NHRA National events at Pomona and Indy, the late McMullen set top-speed records for street roadsters at El Mirage Dry Lake and the Bonneville Salt Flats. His Ford ’32 was always his weapon of choice.

McMullen wasn’t the first owner of this definitive, often-imitated Deuce, but with his personal modifications, Tom made it an icon. He purchased the car for upholstery work in Downey, California and, although the Deuce started its rodding career with a Ford flathead, by 1956 and after several prior owners, there was a 283ci Chevy small-block OHV V-8 lurking under the hood.

Of course, McMullen yanked that mill right away, replacing the engine with a bored and stroked 352ci V8 powerplant, at first with six carburetors. He later added a rather potent GMC 4:71 supercharger and two four-barrel carburettors, before setting an A/Street Roadster record at El Mirage – striking 167mph and a best speed run of 118mph over the quarter mile. Not quite content with this, he then took his hot rod up to 138mph down the half mile at Riverside.

It may appear like every hot rod styling and performance cliché known to man, but all fads must start somewhere. According to Hot Rod writer, Pat Ganahl, 'when he reconfigured it to the form that blazed our eyeballs on the April, ’63, cover of Hot Rod, once again, we’d never seen anything like this!'

Brian Brennan, editor in chief of Street Rodder magazine, went as far as to call McMullen’s ’32 'the most identifiable hot rod of all time.'
McMullen was inseparable from his Hot Rod, but the time came to part ways as the swinging sixties came to an end. Knowing that he’d have to start from scratch to craft a vehicle that could go faster still, and with his growing business in dire need of cash investment, Tom offered his iconic ’32 for sale in the January 1970 issue of Hot Rod – for only $5000.

Although most believe that McMullens didn’t think twice about the sale, he apparently called it ‘one of my biggest mistakes’. Since then it’s passed through several hands, including Richard Lovesee, Albert Baca, racer Don Orosco and finally to Jorge Zaragoza – an El Paso collector who also owned the 2005 Pebble Beach Hot Rod Class-winning ex-Jack Calori ‘36 Ford Coupe.

Zaragoza had the ’32 Roadster restored from the ground up, reinstating all the period details so celebrated from the cover of Hot Rod in April 1963.

Roy Brizio, the genius behind the revoncation work explained: 'The sheet metal was virtually complete, and we still had the original front suspension, along with the dash and the instruments, even the California black plates, but the chassis had been updated, so we had to find an original ‘32 Ford frame and some running gear.

'We located a correct small-block Chevy and a ’39 Ford gearbox. Everything else was copied from period photographs. The flames originally applied by Ed ‘Big Daddy’ Roth are, in fact, different from side to side, so we digitized the patterns, then copied them.

'We painstakingly researched everything about the car. It was done exactly as it appeared on the cover of Hot Rod. Darrell Hollenbeck did the black paint perfectly; Darrell and Art Himsl laid out the flames, and ‘Rory’ did the striping. We had some of Ed Roth’s work on the original dash to go by, so we digitized it as well, to ensure the restoration would be exactly as it was.'

If you caught up with Tom McMullen heading home from work in this unmistakably noticeable hot rod, and you wanted to race right there, he’d risk a ticket to blow your doors off. And no doubt, in this car, he still would. Now it’s time for the next custodian to take the helm…

Get a closer look at the ultimate hot rod here.

#30
Rillecustoms said:
Hi ,what magazine was this artical in ? ..year and month ?... Im looking for anything on Scott injection ...thanks
Click to expand...
Dean Scott is on here.His uncle Mel was the owner of Scott.

#36
I took the pictures for The Danbury Mint when I was working for Jorge. I have about 250 detailed pictures of every part of that car. Used to drive it every month along with the Calori coupe.

#37
Chevron said:
I took the pictures for The Danbury Mint when I was working for Jorge. I have about 250 detailed pictures of every part of that car. Used to drive it every month along with the Calori coupe.
Click to expand...
Ron
The Calori lives in Malibu now.Hope is is well.Throw up some of those photos.

#38
Hi Beppie..I wondered where the coupe was. Thanks. Don't know where the roadster is, understood Mecum had it. I'll post those photos, just have sort through a few duplicates. Doing well so far. Hope you are as well. Ron

#39
Dana Mecum had it at his Indianapolis Auction this last weekend. $750,00 but didn't reach reserve.
Hi Ron.