​
​
Some people speak from experience; others, from experience, don't speak. ​
​
​
​
Medical humor​
​
​
1 A man comes into the ER and yells . . .'​
My wife's going to have her baby in the cab.'​
I grabbed my stuff, rushed out to the cab, lifted the lady's dress and began to take off her underwear.​
Suddenly I noticed that there were several cabs - - - and I was in the wrong one.​
​
Submitted by Dr. Mark MacDonald ,​
San Francisco​
​
2. At the beginning of my shift​
I placed a stethoscope on an elderly and slightly deaf female patient's anterior chest wall.​
'Big breaths,'. . . I instructed.​
'Yes, they used to be,'. . .replied the patient.​
​
Submitted by Dr. Richard Byrnes ,​
Seattle , WA​
​
3. One day I had to be the bearer of bad news when I told a wife that her husband had died of a massive myocardial infarct.​
Not more than five minutes later, I heard her reporting to the rest of the family that he had died of a 'massive internal fart.'​
​
Submitted by Dr. Susan Steinberg​
​
4. During a patient's two week follow-up appointment with his cardiologist, he informed me, his doctor, that he was having trouble with one of his medications..​
' Which one ?'. .. . I asked.​
'The patch... The Nurse told me to put on a new one every six hours and now I'm running out of places to put it !'​
I had him quickly undress and discovered what I hoped​
I wouldn't see.​
Yes, the man had over fifty patches on his body!​
Now, the instructions include removal of the old patch before applying a new one.​
​
Submitted by Dr. Rebecca St. Clair ,​
Norfolk , VA​
​
5 While acquainting myself with a new elderly patient, I asked, 'How long have you been bedridden?'​
After a look of complete confusion she answered . . ..​
' Why, not for about twenty years - when my husband was alive.'​
​
Submitted by Dr. Steven Swanson-​
Corvallis , OR​
​
6. I was performing rounds at the hospital one morning and while checking up on a man I asked . . .' So how's your breakfast this morning?'​
' It's very good except for the Kentucky Jelly. I can't seem to get used to the taste.'. .. . Bob replied.​
I then asked to see the jelly and Bob produced a foil packet labeled 'KY Jelly.'​
​
Submitted by Dr. Leonard Kransdorf ,​
Detroit ,​
​
7. A nurse was on duty in the Emergency Room when a young woman with purple hair styled​
into a punk rocker Mohawk, sporting a variety of tattoos, and wearing strange clothing,​
entered .​
It was quickly determined that the patient had acute appendicitis, so she was​
scheduled for immediate surgery..​
When she was completely disrobed on the operating table, the staff noticed that her pubic hair had been dyed green and above it there was a tattoo that read . . .' Keep off the grass.'​
Once the surgery was completed, the surgeon wrote a short note on the patient's dressing,​
which said 'Sorry . . . had to mow the lawn.'​
​
Submitted by RN no name,​
​
AND FINALLY!! ! . . . . . . . . . . . . .​
​
8. As a new, young MD doing his residency in OB.​
I was quite embarrassed when performing female pelvic exams...​
To cover my embarrassment I had unconsciously formed a habit of whistling softly.​
The middle-aged lady upon whom I was performing this exam suddenly burst out laughing and further embarrassing me.​
I looked up from my work and sheepishly said. . .​
' I'm sorry. Was I tickling you?'​
She replied with tears running down her cheeks from laughing so hard .​
' No doctor but the song you were whistling was . . .' I wish I was an Oscar Meyer Weiner .' '​
​
Dr. wouldn't submit his name….​
​
1 MORE​
​
Baby's First Doctor Visit​
This made me laugh out loud. I hope it will give you a smile!​
A woman and a baby were in the doctor's examining room, waiting for the doctor to come in for the baby's first exam.​
The doctor arrived, and examined the baby, checked his weight, and being a little concerned, asked if the baby was breast-fed or bottle-fed.​
'Breast-fed,' she replied..​
'Well, strip down to your waist,' the doctor ordered.​
She did. He pinched her nipples, pressed, kneaded, and rubbed both breasts for a while in a very professional and detailed examination.​
Motioning to her to get dressed, the doctor said, 'No wonder this baby is underweight. You don't have any milk.'​
I know,' she said, 'I'm his Grandma, But I'm glad I came.​
Last edited: Jul 4, 2020

#242
One: why you should never trust a street racer, two: a different viewpoint on masks

#247
Davyj said:
This is the only category i could think of for this........piece of work View attachment 103562
Click to expand...
Built by the leadslinger himself Bill Hines

#248
Bob T said:
Built by the leadslinger himself Bill Hines
Click to expand...
I must say i never expected that ......must have been something extra in his cigar that week..... or it was when points were given at car shows for the number of modifications...

#250
A man entered the bus after leaving the driving range with both of his front pants pockets full of golfballs. He sat down next to a beautiful young blonde. The puzzled blonde kept looking at him and his bulging pockets. Finally, after many such glances from her, he said, "It's golf balls". Nevertheless, the blonde continued to look at him thoughtfully and finally, not being able to contain her curiosity any longer, asked."Does it hurt as much as tennis elbow?"

Staff member
#251
Wife: Honey, I think I gained weight being isolated.
Husband: No, you were always overweight.
Time of Death: 11:00 a.m.
Cause: COVID

#252
An elderly Florida lady did her shopping and, upon returning to her car, found four males in the act of leaving with her vehicle.

She dropped her shopping bags and drew her handgun, proceeding to scream at the top of her lungs, “I have a gun, and I know how to use it! Get out of the car!”. The four men didn't wait for a second threat. They got out and ran like mad.

The lady, somewhat shaken, then proceeded to load her shopping bags into the back of the car and got into the driver’s seat. She was so shaken that she could not get her key into the ignition.

She tried and tried, and then she realized why. It was for the same reason she had wondered why there was a football, a Frisbee and two 12-packs of beer in the front seat. A few minutes later, she found her own car parked four or five spaces farther down.
She loaded her bags into the car and drove to the police station to report her mistake.
The sergeant to whom she told the story couldn't stop laughing. He pointed to the other end of the counter, where four pale men were reporting a car jacking by a mad, elderly woman described as white, less than five feet tall, glasses, curly white hair, and carrying a large handgun.
No charges were filed.
The moral of the story?
If you’re going to have a senior moment… make it memorable. 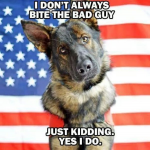