#1,143
Rural living in a far different world to today.

#1,147
Just another beautiful day at Multnomah Falls! Taken in the 50s
One of Oregon's most beautiful sights.

#1,148
OHS photo. 1940. Al Monner photo.Portland. Info from OHS " A sidewalk horse trough and water fountain in the St. Johns neighborhood. The front of a car can be seen next to the trough" 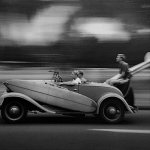 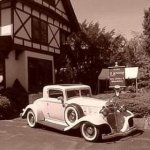 She eventually realized her mistake after making the turn at 36th and Woodland. She then locked her car, and walked to 36th and Sansom, where she went to the street to summon police.

It turned out they were already looking for her.

This classic picture of the incident was in the next day's Philadelphia Bulletin, showing PCC 2034 pulling the car out of the subway.