#1
1932 Ford Roadster built by Jimmy Summers of Hollywood, California in 1941. Jimmy channeled the roadster over its frame 3 inches. The grille shell was bulged out at the bottom to hide the frame rails. The majority of the running gear consisted of 1940 Ford parts. The original dash was removed to add more leg room. The large dial in the center was an instrumental group from a Lincoln aluminum panel, combined with Stewart Warner gauges. The windshield was custom built by Jimmy. Jimmy later sold the car to Fred Vogel.


When Fred owned the Roadster Max Balchowsky used to race, prepare, and maintain it.December 14, 1952, when the car raced at the Torrey Pines Road Races. By that time the car was powered a LaSalle Flathead V8 from a 1937 - 1940 model. The engine was built by Yam Oka, who ported and relieved the block, installed hotter camshaft and ignition, and welded tubular steel exhaust headers. According to Dean Batchelor's book Dry Lakes and Drag Strips: The American Hot Rod, Fred and Max were just learning about racing when they started in 1952. The transverse leaf springs were originally retained, but Max later replaced them with similar units from a Ford V8-60, which were lighter. Max also added Dodge steering, and replaced the Ford Hydraulics brakes with Bendix self-servo brakes from a Lincoln Zephyr, and finally 1949 - 1951 Lincoln brakes.

Max Balchowsky later bought the roadster from Fred Vogel. Max dumped a nailhead engine in the car. While Max owned the car, it appeared on the cover of Honk! Magazine.
From Kustomrama

Staff member
#2
I had no idea that this roadster was originally Jimmy Summer's. thanks for the history ! 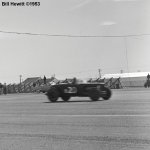 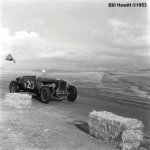 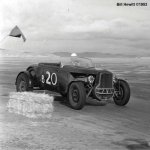 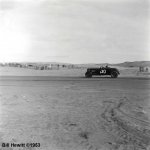 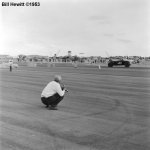 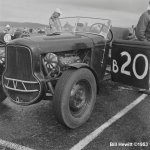